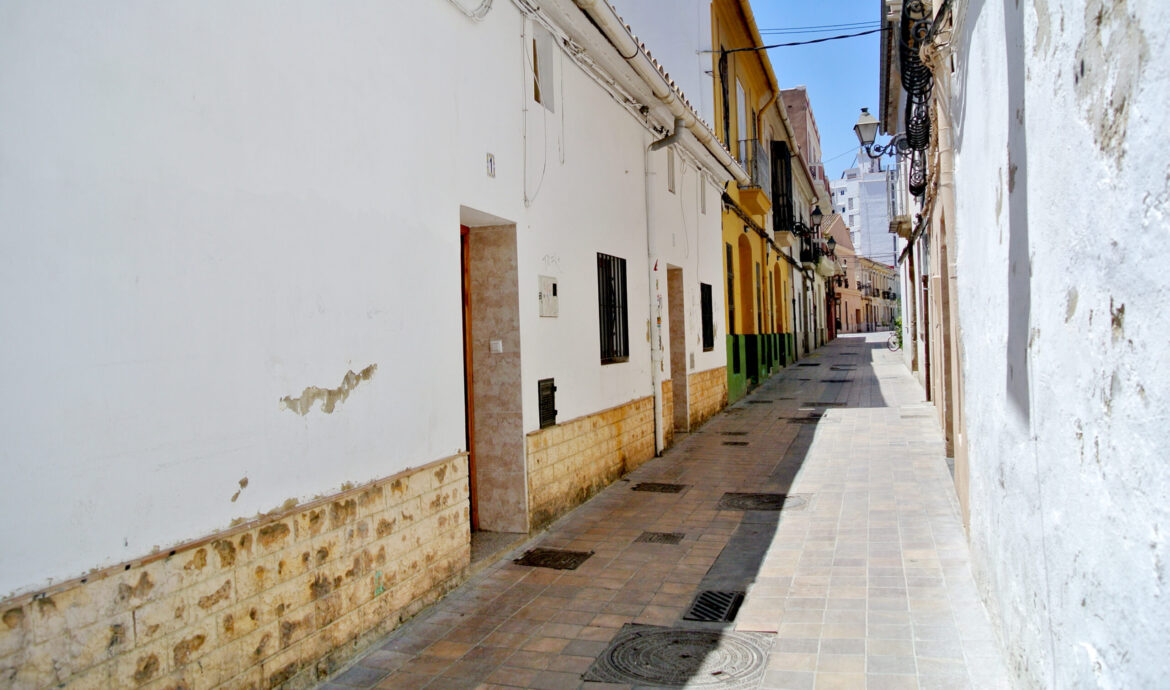 Quart De Poblet might be one of Valencia’s most unknown neighborhoods. Quart is a modern city with many things to offer. It maintains the essence of its origins and tradition. It is an excellent option to live calmly and at the same time be connected to the city center of Valencia.

Quart De Poblet is centrally located. Living with the metro on your doorstep multiplies your transport options and makes life easier for the whole family, or if you prefer to move around in your car you have easy access to the A3 and V-30 which will take you to the city center in no time.

You are also very close to the Airport in Valencia. A 10-minute metro ride will take you there. This is ideal if you vacation a lot, collect some visitors, or if you work here.

The region of l’Horta, is the typical cuisine of QUart De Poblet. It has a wide variety of rice dishes. The most popular dish is, of course, paella, although special attention should be paid to the traditional “arrós amb fesols i naps”, “arrós a banda” and  “arrós negre”. Three different rice dishes.

In Quart de Poblet there are many emblematic and worth mentioning buildings. First up we have the Church of the Immaculate Conception (dating from the 17th century) and also the Chapel of San Onofre, dedicated to the patron saint of the town.

Of the civil buildings, it is worth mentioning the Town Hall as well, the Cultural Centre “El Casino”, which is a meeting place for various cultural organizations. Casa de la Cultura, is a typical Valencian house from the 19th century which is still used today as the Quart’s cultural center!

Quart de Poblet is associated with water.  From the municipality, there are various constructions that make water a unique element in Quart De Poblet. Among them, the following stand out:

The medieval Cistern, with which water was supplied to the town when the rains stopped.

The low-pressure water tank of San Onofre is a 19th-century water tank that was used to supply water to the city of Valencia.

The Lenguas de San Onofre, where the water from the Quart and Benáger irrigation channels is separated to irrigate the crops in the area.

Acequia de Mislata, a section of which has been declared an Asset of Cultural Interest, because it is a unique example of the traditional irrigation system of the Vega de Valencia, as it is practically intact.

Last but not least, we find the Park of the River Turia. This park passes through the town.

In Quart de Poblet there are different routes to discover both its natural and cultural heritage.

Water route: The water route is a route that is organized to visit the representative places in Quart de Poblet related to the water supply, the irrigation network, and the river Turia.

Emblematic Buildings Route: This itinerary proposes a walk through the town center of Quart de Poblet to get to know the buildings and places that are relevant to the history and heritage of the town.

Route QDP 36/39: This is a route that identifies the location of the buildings and sites that during the Civil War were used for vital functions and activities for the inhabitants of Quart de Poblet.

There are several holidays, typically for this town. On the night of the 9th of June, La Passejà is celebrated, a parade declared a Festival of Provincial Tourist Interest. This festival is held in honor of San Onofre,. It is celebrated with a mixture of music, gunpowder (of course, we are still in Valencia!), fire, and a lot of tradition.

On the 10th of June, to continue with the festivities of San Onofre, a market, a concert by the music band, and a procession in honor of the saint are held.

In September, the patron saint’s festivities, popular and Moors and Christians, are held, starting on a Friday before the first Sunday of the month.

As you can read, there is a lot of diversity that this place has to offer. Quart De Poblet is also gaining popularity among Valencia people, and rightly so! It is a vibrant neighborhood, outside the hustle and bustle of the city but still close enough to enjoy all advantages that city living has to offer

Blue Key helps you find an apartment in Valencia

So how can Blue Key help you find the property of your dreams? First of all we must clarify that Blue Key is not a real estate agency. We have no listings and charge no commissions on the property that you buy. In fact the “property search”-service (helping you find an apartment in Valencia) that we offer is a completely free service.

We offer independant advice, free of charge, to potential buyers. Why is this service for free? Very simple: We make money with the other 3 services: legal advice, property management and rentals. The “property search”-service is a free commercial service that will convince you of our expertise and market knowledge.

At Blue Key we have the right contacts. We can bring you in touch with reliable real estate partners, but we operate completely independant from any real estate agency. Our mission is to give you independant advice and explain to you how to buy an apartment in Valencia.

We explain the process and we guide you in your search.

At Globexs / Blue Key we have written several articles already comparing Valencia to Madrid or Barcelona. Personally I am still convinced that Valencia is the best place to invest in Spain, because it is simply the best place to live in Spain. Of course that is a very personal opinion, and we totally respect people who disagree with this. We are also very fond of the north of Spain, and we love Gijon and Bilbao. They are great cities with lovely people but the weather is not great. Valencia seems to have it all: Metropolitan city, low crime, beaches, fabulous climate, large expat community, reasonable property prices, etc…

In this Blue Key blog you can read the article “Why foreign investors prefer Valencia over Madrid or Barcelona“, in which Clive Welland talks about the property prices, the local government and main attractions in Valencia. One of the most popular Globexs blogposts is “Why is it better to live in Valencia than in Madrid or Barcelona“. This article was first published in 2017 and updated in 2020. Every day we receive questions from foreigners who want to move to Valencia or buy an apartment in Valencia. We are committed to helping anyone with an interest in Valencia. We have created a webpage with useful information for expats and digital nomads in Valencia.